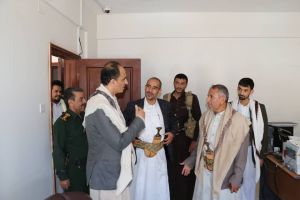 The Minister of Transport, Amer Al-Marani, was briefed today on the progress of work at the General Authority for Regulating Land Transport Affairs and the services it provides in the field of land transport.

Modern Yemen, in addition to the plans for the heavy transport truck project in Hodeidah Governorate.

And he listened, from the head of the General Authority for Land Transport Regulatory Affairs, Walid Al-Waadi, to an explanation of what was achieved during the last stage and the plans

Which the authority intends to implement during the coming period in the areas of land transport at the level of the capital secretariat and the governorates. 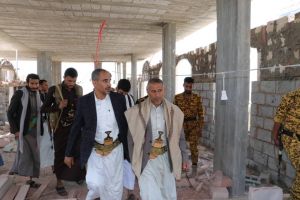 ition to what hunder implementation within the framework of the national vision, in addas been accomplished after the process of merging offices

news-Image-2021-05-10-at-81928-PM During the visit, the Minister of Transport praised the efforts made by the authority's leadership and cadres in the areas of land transport and the services it provides in order to alleviate the suffering of citizens.

Minister Al-Marani stressed the need to redouble efforts to develop the work of the General Authority for Regulating Land Transport Affairs in various fields.

He pointed to the need to work in a team spirit to advance the land, sea and air transport sector despite the conditions of aggression and siege.